My name is Lucinda Prescott, but I go by Cinda. I am the oldest of 4 siblings. I was born in Key West, FL where my father was in the Navy. I lived there with my Mom and Dad until I was four. We then moved to Baldwin County where my parents are both from. After I graduated from Daphne High School I moved to Tuscaloosa where I attended the great University of Alabama. I started my college career as an Interior Design major, this ended up changing several times. I met my husband, Jason Prescott, at U of A who is currently an engineering major at South Alabama. He is also from Fairhope but, we did not meet until attending U of A. While we were dating he joined the Coast Guard which ironically, led him to be stationed in Key West. We were then married in Key West and we lived there together for about a year. We were then relocated to New Orleans for two year and now back to Fairhope. I am now finishing up my degree in Secondary Education-Social Science. 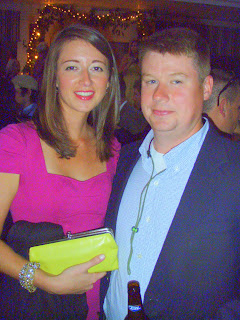 I have always thought about having a career in Education and then after meeting my mother-in-law I was more influenced to do so since she had nothing but good things to say about being a teacher. She is now the Baldwin County Curriculum Supervisor but, was once a 5th and 6th grade teacher. I have other interests beside school. My husband and I have two beautiful Cocker Spaniels, Samson and Baylee. We also enjoy kayaking, the beach, trips to North Carolina, and fishing. The hobby I enjoy most is cooking and baking. I really like experimenting with different recipes and coming up with different flavored cupcakes for my family to try out.

In Dr. Pausch's video he brings up list making. I am a known list maker. I have them all over my house, whether it be a chore list (for my husband) or a homework list. I am terrible about putting the ugliest thing at the bottom of the list. From this video I have learned it is best to get the worst over with first. I am also terrible about only planning for the short term and not the long term. I need to set more goals and then focus on the steps required to accomplish those goals. I found this video to be very helpful.
Posted by Cinda at 8:37 PM 3 comments: